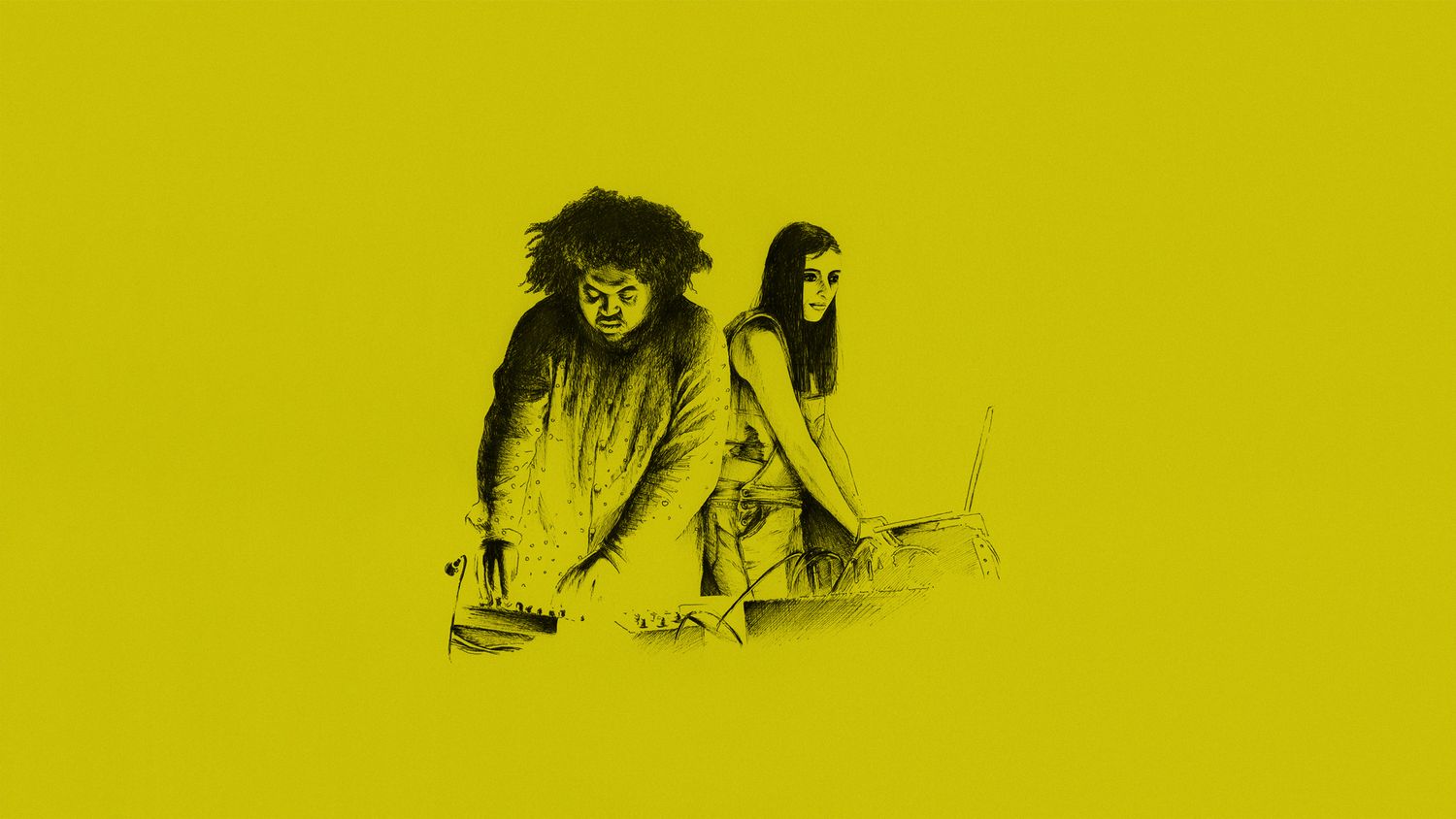 This morning we welcome the lyrical, dreamy and funky Sunday morning selections of Les Graciés—a French-American tandem of a brother and a sister in sound, an evident and karmic encounter of free spirit music makers in full sympathy with the unknown.

Les Graciés is the conjunction of Eric Douglas Porter (Afrikan Sciences) and Gaël Segalen (IhearU). In their own music, they transcend styles with a deceptive effortlessness conflating sheets of street noise and organic pastoral location recordings with rhythms that seem to have spilled from the field to the club via decades of cryptic encoding.

If you’re in London, Eric and Gaël will be performing together at Cafe OTO on Monday 16th July.

Eric Douglas Porter: ““There’s comfort in melancholy, when there is no need to explain“, a line that hooks a young adult discovering the separation of feelings and actions of the carefree youth of ones past. Ms. Mitchell is a master of the written word and the songs crafted as accompaniment only solidify her genius. This song speaks directly to the artists looking to secure their place in history, to leave their mark in the world. Weary travelers following their passions, leaving only a blip on the radar of history.“

Eric Douglas Porter: “Brite ‘N’ Sunny Babe is a quintessential Sunday morning tune from me that goes back all the way to my childhood. Basically I would play this song along with all the songs from this album as a youth on the weekends, singing along, playing “air” keyboards dreaming of being a member in this band. The music felt so good it brought joy to an otherwise boring Sunday morning of a kid with no siblings in the home to keep company. Now as an adult the music sounds even more sweet and complete, medicinal! We both have him as a longtime musical reference and a place to recharge.“

Space for the listener to answer and question at its turn.

First song of the album “Diverse”, accompanying me for my first trip to the US, a bit anxious to pose step to Los Angeles for the first time, a song that I was listening to in the plane during my flight, to soothe and give force, feeling fragile, feeling strong, a new birth, ready for a culture shock.

There’s a form of suspended time, wandering and a sense of a bigger community in there, promises to meet new people, we aren’t alone, but connected souls. Perfect also to wander in airports during stop overs and observe people, trying to read through them.

We realised that we both refer to/like Joseph Malik and we somehow were both wondering where’s he’s been gone…We got the answer later via our record label owner who had a band with him in the 90’s! And we will let you find out by yourself.“

Sanjay: “I’ve been listening to ‘Low Doses’ from Les Graciés on repeat for most of this year. It’s a genre-defying LP with a curious fusion of mystic beat geometry and electro-acoustic process unshackled from restrictive rhythmic lexicon. A hypnotic and trippy journey!“

Sanjay: “Alexandra Drewchin’s ‘Eartheater’ project is an equally omnivorous offering this morning. Skittering and folding in on itself, Alexandra experiments with varying ratios of the technological and the analogue and synthesises them into a dreamy cosmic lullaby.“

Sanjay: “Elysia Crampton is another musician who traces circuitous paths—motifs circling back upon themselves, transitioning into different planes, covering territories that are in constant flux, their boundaries reforming as they are conjured. Elysia’s self-titled album ‘further situates her work within a long Aymaran musical legacy* that implicates cultures & sites beyond the Andes (following trajectories of dispersion through the literal migration & interaction of bodies & in the circulation of Aymaran concepts, images, music & goods via the world market after the conquest)’.“

Sanjay: “Alongside Eric’s first choice by Joni Mitchell this morning, Kate Bush is another of my favourite contemporary precocious songwriters with the ability to convey powerful human stories. Army Dreamers is a mournful waltz written from the perspective of a bereaved mother. It’s an anti-war song that successfully treads the line between compassion and condescension. Lamenting the waste of life that inevitably occurs when young men see military glory as their only realistic chance of advancement, it’s as pertinent today as it was 37 years ago.“

That’s it for this morning. As always, thanks for listening and much love and gratitude to Eric and Gaël as Les Graciés, and to Anthony Dujardin for this episode’s cool illustration!