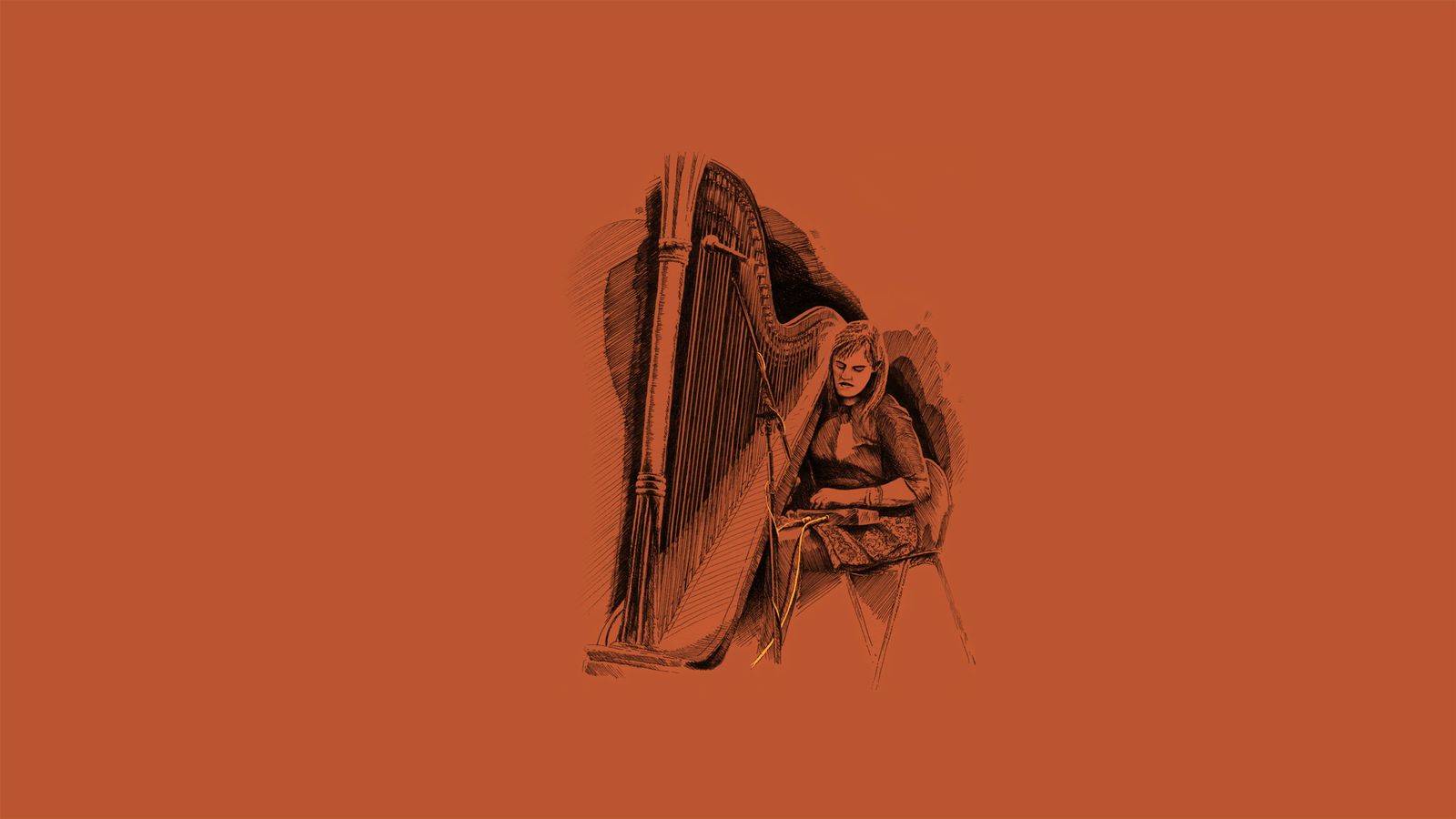 This Sunday morning we are delighted to welcome harpist Mary Lattimore to MailTape. By now I’ve forgotten the summer. I don’t remember what the morning is. It has merged into a fading white light, when that morning has awakened and too quickly ceased. Mary’s own sound on her latest album, Hundreds of Days, as well as her selections this morning capture this mournfulness plainly.

Mary will be supporting Kurt Vile & The Violators alongside Meg Baird at La Cigale in Paris on Monday 29th October. And for our listeners in London, Mary will be with Lucinda Chua in support at The Lexington on Monday 19th November.

Mary Lattimore: “I like the idea of listening to classical music on a Sunday morning and I love this morphed version of the Canon in D, which I’ve played millions of times before at weddings. It’s real weird to my ears, and totally luxurious and beautiful.“

Mary Lattimore: “This one is pretty heavy and gorgeous and makes your heart feel something. I can see it being really luminous and not as sorrowful on a Sunday morning as late on a Saturday night. You can design your own context for such a glowing thing, sometimes. “

Mary Lattimore: “The Baird sisters, Meg and Laura, are both super musicians on their own, but combined, their sister-harmonies and sister-instincts are clear and fun to admire. I love this song. “

Mary Lattimore – Hello From the Edge of the Earth

Sanjay: “Taken from Mary Lattimore’s latest LP, Hundreds of Days, this track conjures up positive images of the natural world for me. It’s mournfully soothing and hushed, with an inviting glassy rush of synth pads and strings. Subtle and hymn-like.“

Sanjay: “A muted piano improvisation from another harpist, Áine O’Dwyer. Listening to it makes everything slow down for me. In her own words, “[the piano] still sits in my parents’ sitting room and each time I visit them, I spend some time catching up with my old friend”.“

Sanjay: “Included as the bonus track on The Blizzard That Birthed Her, ‘The Cup Of Remembered Things’ uses eerie found sounds and the occasional ethereal vocal sample to a calming effect.“

Sanjay: “‘Spoicke’ was the first collection of music I had heard by United Bible Studies when I picked it up in a record store in Dublin. ‘Hazlehurst’ is a dark ambient track in which acoustic instruments and natural sounds are electronically modulated. Notes plucked on the harp linger in the background while the other sounds appear disconnected before culminating in something that feels like a distorted daydream. If you’re in London on 28th October, they’ll be playing with Cath & Phil Tyler at Cafe OTO.“

That’s it for this morning. As always thanks so much for listening! Much love and respect to Mary Lattimore for her Sunday selections, and to Anthony Dujardin for the illustration. Have a calm Sunday.