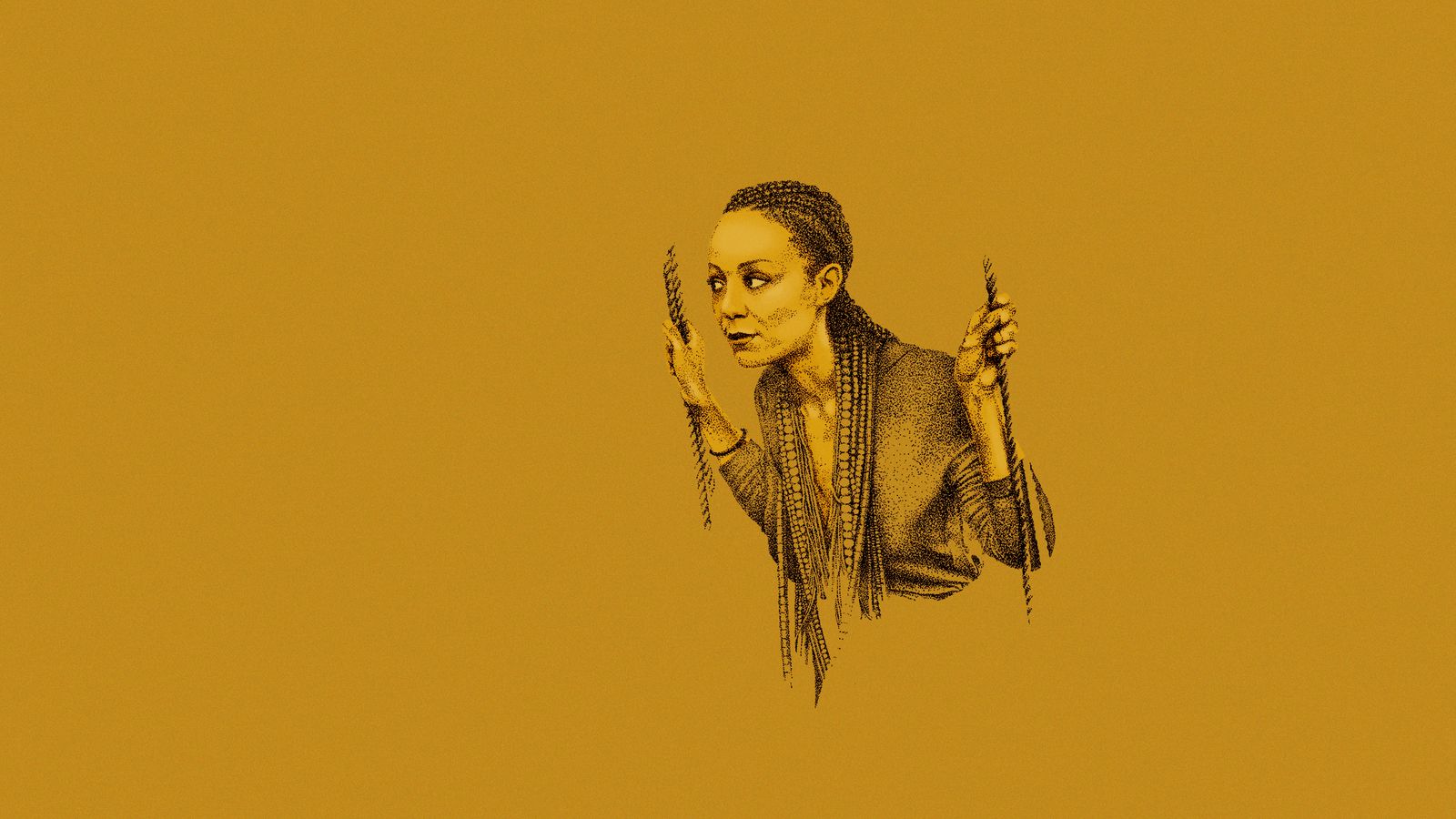 This morning, we walk through the deserted streets of a city (of your choice). Whether we return from the evening or we decide to buy croissants, we listen to the musical selection of Elodie Rama in the ears.

A dose of jazz, a hint of soul and a twist of folk ! This artist’s universe fascinates us and impregnates with her origins and experiences. Elodie Rama is a singer, an imposing voice, but she is also a visual artist and fashion designer.

Elodie Rama: “CM Jones is a French/American duo composed of producer Creestal and emcee Moshadee. The production and vocale are classy and timeless just like the whole LP. Creestal is based in Marseille and he’s one of the first musician i met when i moved here. Now we work together, he’s my music soulmate !“

Elodie Rama: “The vibe of this tune is so funky, it makes me want to dance instantly. To me it’s a feelgood music and i like the fact that it’s sung in French. It’s quite unusual to have this style of music in French.“

Elodie Rama: “Témé Tan has this unique sound, modern and traditional at the same time. He’s a great performer and singer, i fell in love with his music a while ago. In a general matter, i’m feeling deeply connected to his music because it sounds so personal and honest. We became friends few years ago thanks to the internet and we’re family now!“

Anaïs G: “Discovered at the end of 2018, I had a crush on this artist.It is by collaborating with Creestal (duo of the CM Jones group and boss of the label Munchie Records) or Blanka(member of La Fine Equipe) that Elodie Rama signs his big return with the title “H O M E”. A smile song illustrated with a nice clip.“

Anaïs G: “How can we not love that satin voice that caresses our bodies and tingles our hearts? His EP “Lately” released last March is an ode to the nude soul to enjoy without moderation.“

Anaïs G: “At the beginning of this piece of music, the guitar chords are enough to make me melt of pleasure. In “Pharoah”, Rosie Lowe reveals to us a lascivious voice and a sophisticated look to any proof, all in a sensual atmosphere. The title is extract from his second album “YU” released on May 10.“

Anaïs G: “This Nottingham singer and new signature of the Brownswood Recordings label, transports us through her jazzy influences, r’n’b or neo soul. “Black Moon” released in 2017, is a concentrate of good mood and chill. The perfect song for a Sunday chill! “

That’s it for this morning. As always thank you so much for embarking with us on our every Sunday journey! Much love and respect to Elodie Rama for his Sunday selections, and to Anthony Dujardin for her stunning illustration.