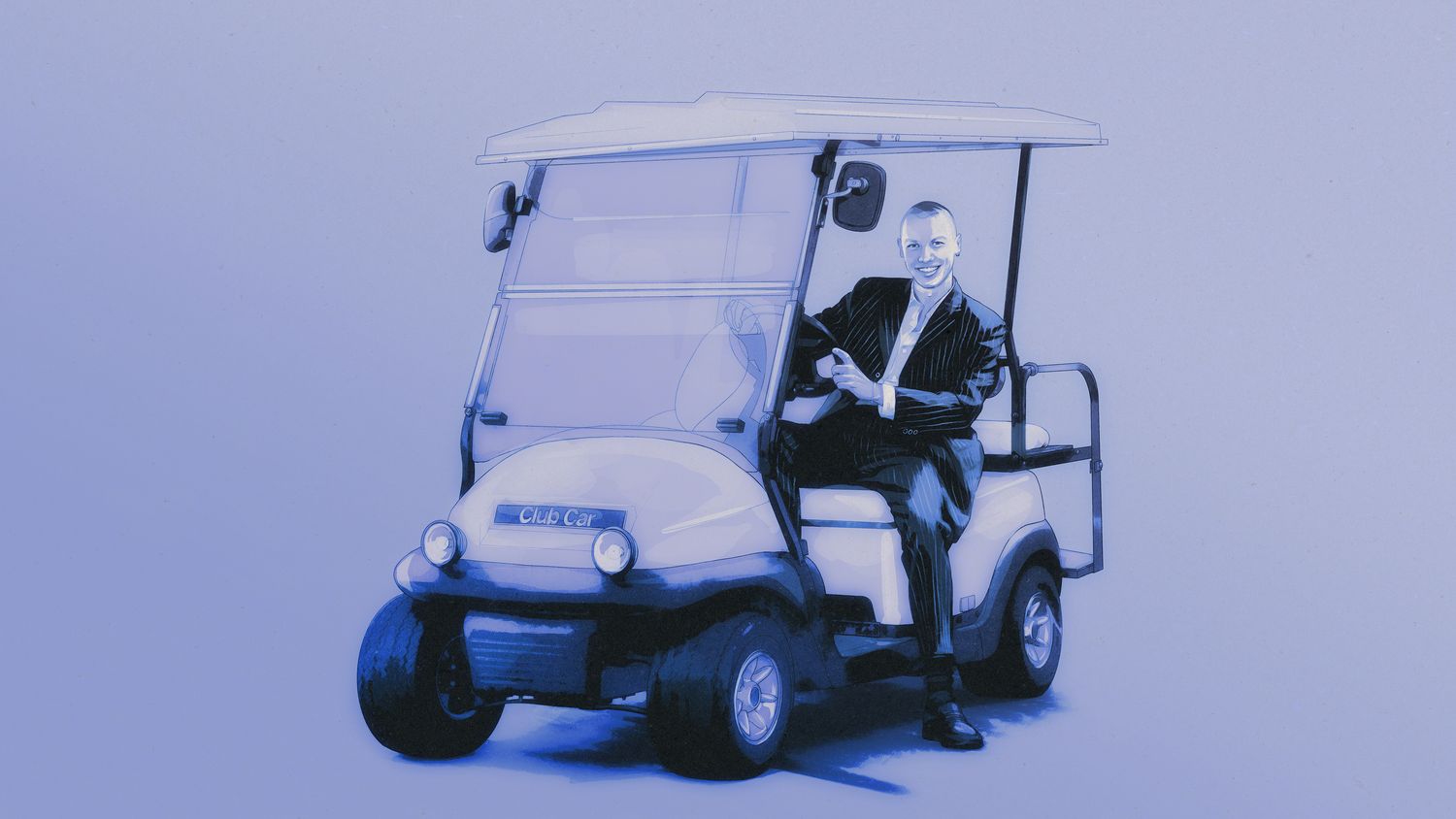 This morning, whether you are just waking up or coming home from Saturday’s night-out, put your sandals and your socks on and get your vulnerable feelings and your late-night dance moves ready. Luis Ake is taking you on an odd trip in his golf club cart, can’t you feel your hair blowing in the wind already?

„Everything is just average, nothing is really simply good“, says the Karlsruhe-based artist when he describes his view on life in general. This perpetual balance between seriousness and humor, between sadness and the desire to spend the night dancing illustrates for me a certain vision of melancholy that is characteristic of our time, or at least that’s how I feel during harsh and disturbed winters. But when you thought you were alone in the cold, here comes this German guy with a shaved head and strange costumes, singing songs about love, loneliness and broken hearts. This guy who says he’s only making music when he’s sad, using no computer but a sequencer and a few synthesizers, surrounded here and there by misty choirs or saxophone layers, fully and proudly assumes his vulnerability, like a tragic hero. „And to all my dear friends: I love you” he was saying on his previous release (ironically?) named “Ego EP”. If everyone could be egomaniac in the same way as Luis Ake, maybe the world would be a better place.

Walls & Birds - You To Sleep On

Luis: “It is really hard to decide for one Walls & Birds song since they’re all so perfect and share a feeling which is really resonating with me. Not only musically on a really high level but also lyricwise I am 1000% sold! Walls & Birds are really innovative and have been super inspiring for me.“

Luis: “Curd Lake is a band I just recently discovered. All their EPs are super good and range from ambient instrumental songs to more pop influenced songs. I think already they are on of my favorite russian synth projects next to Leto V Gorde and Talnik.“

Luis: “Really beautiful synth album with pieces of lyrics from Paul Celan and also Frau Tod himself, who is also known as Violet, Nicki Fehr or his band project ooi. I think I listened to this album at least a million times.“

Jules: “Taken from Luis’ last Ep released on November 2019, this song, with the catchy line „Bitte Lass Mich Frei, ich bin so allein“ (Please let me go, I am lonely), is really representative of his approach to music. Cold and emotionally charged at the same time.“

Teplice - Late In The Day

Jules: “You need at least this song to recover from the previous one. But if this track taken from Teplice’s first EP seems slowly sweet and soothing, it does not transport less emotions, as the Berlin-based producer, singer and songwriter expresses feminine angst and the desperation to see that certain things will not simply change with the passage of time.“

Jules: “Taken from Céu’s last album “Tropix”, a combination of “tropical” and “pixel”, this song sounds like going through an imaginary jungle, without knowing if the Brazilian singer’s voice wishes to guide us or get us lost.“

Jules: “Although you may have already heard this song in last week’s episode with Dharma Bum, I choose to include it as it’s a very very special song for me. It’s the kind of song that allows you both to dance to in a club and listen to home-alone. Punk influences can carry harsh melancholic feelings and I am sure even polar bears need to cry sometimes.“

That’s it for this morning, thank you so much for listening! Much love and respect to Luis Ake for his wonderful Sunday selections, and to Camille Célestin for this episode’s brilliant illustration.