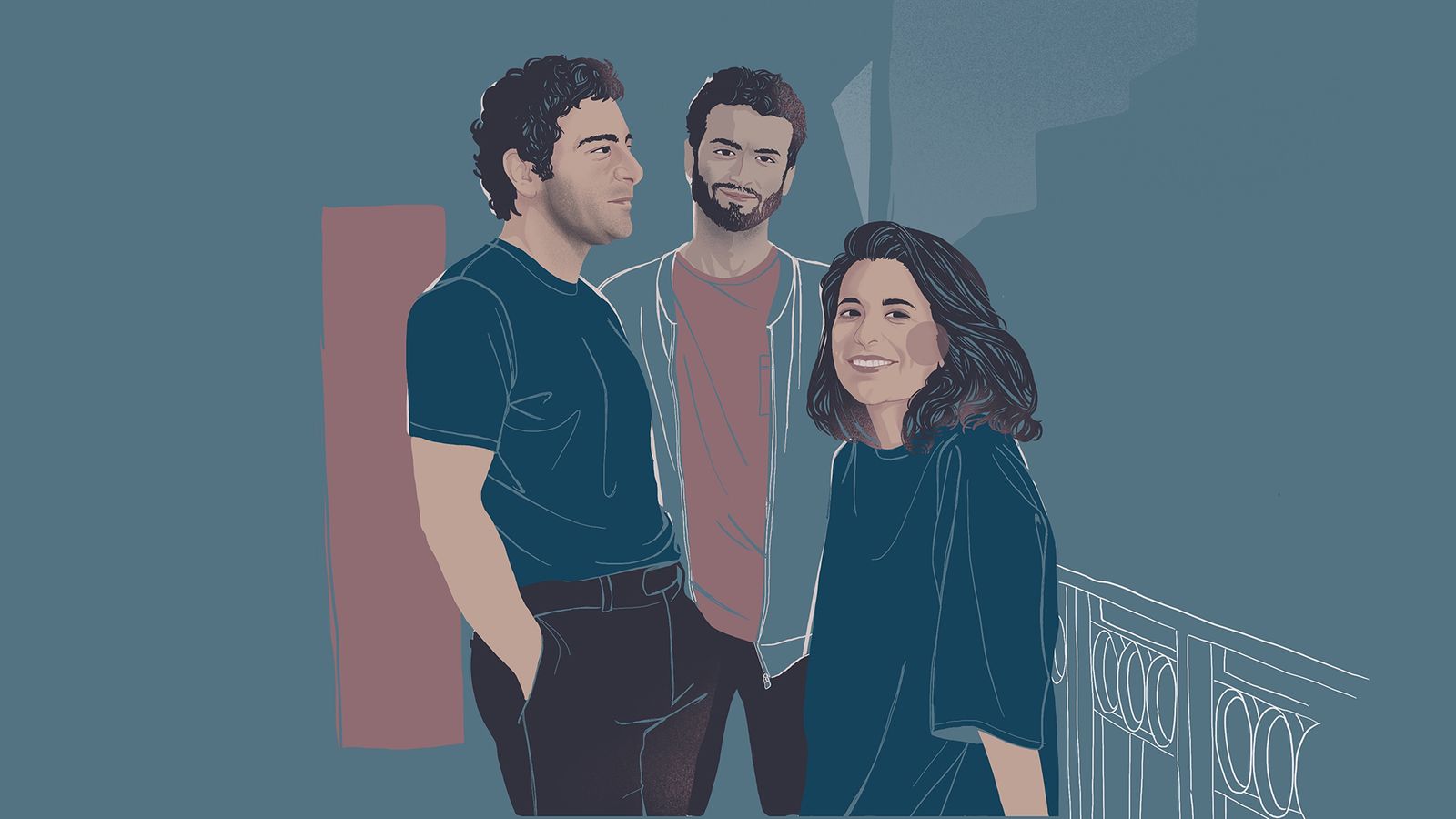 This morning, re-learning to live, we are faced with that. Take a break, and enjoy what nature has to offer, and deal with a daily challenge we face with an uncertain future. In this infernal whirlwind, transformed into a remake of “Un Jour sans fin” without Bill Murray and the groundhog, we adapt, we use our knowledge, we cook, we talk, we relax, we observe and above all we try to keep smiling despite the chain of announcements and information. Music, again and again with MailTape, with a selection full of sweetness this Sunday signed Postcards.

If Postcards music could be a picture, it would look like vegetation, against a background of pastel colors with a rather minimalist style. But Postcards is also and above all a trio from Beirut composed of Julia Sabra, Marwan Tohme and Pascal Semerdjian since 2012. Their second album “The Good Soldier”, released in early 2020, is a musical nugget, something vibrant, sublime and strong.

Postcards: “One of those songs we feel we’ve known forever. Adrienne’s lyrics are always beautifully written - here she talks about death with a serenity that’s reassuring.“

Postcards: “A gorgeous, subtle track that builds up without ever falling into clichés. That first chord change is one of our favorite musical moments.“

Postcards: “The song needs no introduction… Sunday Morning would’ve been the expected choice but this is one of our favorites VU songs, especially the fluid, never-ending guitar riff that glues the song together.“

Anaïs G: “The guitar playing, the pressure rising to a crescendo and Julia’s divine voice left me totally speechless. Dream-pop sublimated in different ways, oscillating between power and softness. The perfect combo!“

Anais G: “Joy, freshness and lightness, all we need today to breathe and think about something else!“

Anaïs G: “It’s subtle, worthy of a ray of sunshine lighting up the room or of a caress made by your boyfriend/girlfriend. . . Originally from Beirut, this duo composed of Mayssa Jallad and Elie Abdelnour, offers us a stolen moment, a simple Sunday morning pleasure.“

Anaïs G: “I couldn’t tell you why I set my heart on Georgia. Much more than love at first sight, I don’t know if it’s this particular voice, or if it’s the sensitivity and strength that comes out of it that has so much more to me. A mystery, and a song featured on his latest EP “Mirror” released in September 2019, which I’ve been listening to over and over since because it reveals so many emotions that it would be impossible to perceive everything in one listening.“

That’s it for this morning. As always, thank you so much for joining us this Sunday. Much love and respect to Postcards for his Sunday selection, to Julie Wojtczak for her inspiring illustration.