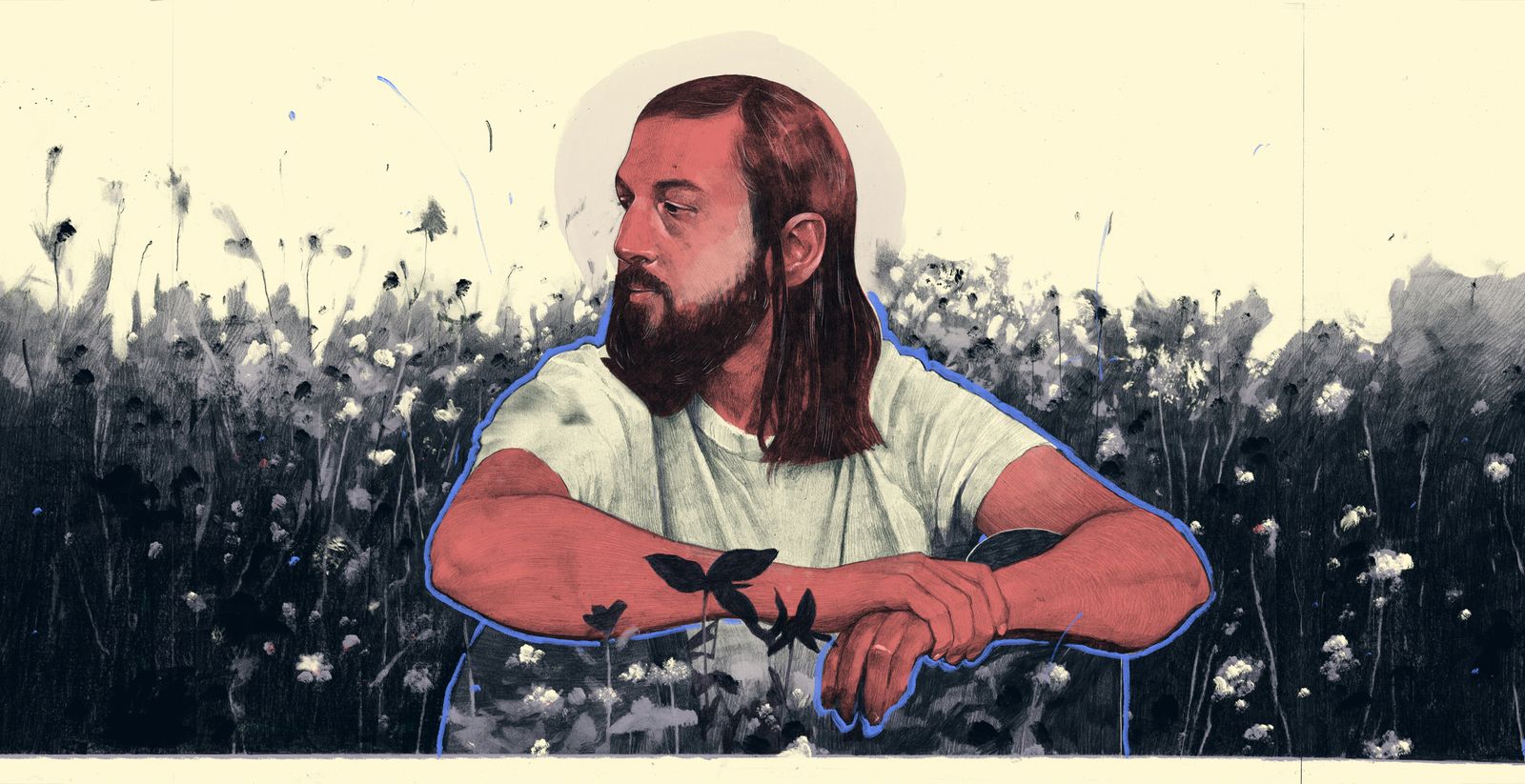 This morning we are still confined and condemned to look at the sky behind our windows. Luckily, Jeffrey Silverstein is here to guide us on a peaceful hike in the heart of our inner mountain. Time to lie down, breathe slowly, and start drawing the landscapes that will allow you to escape.

Based in Portland, Oregon, Jeffrey Silverstein has been making music for over a decade. His debut LP You Become The Mountain, released in April 2020, was born from those long hours spent contemplating the landscapes of the Pacific Northwest.
No planes in the sky, few cars to hide the rustling of the world that is around us. Despite ourselves this strange period that we’re living in is an opportunity to offer our planet precious breathing, which unfortunately will not be enough. In fact, it would take the same breathing, a similar reduction in our emissions each year, to only limit the warming of our planet by the end of this century. While Jeffrey’s music is celebrating nature, meditation and patience, maybe we can all use this unusual amount of time to make it a little different when we get out of our houses?

Jeffrey: “A simple, beautiful folk song by the late Detroit Musician Ted Lucas. Ted’s work had a big impact on how I approached putting together my new LP, You Become the Mountain. One of the most comforting songs and albums I’ve ever known.
Favorite lyrics:
“We’ve got to trust each other blindly
Only then will we have eyes to see
What we make of love it never comes easy
Our hearts are tempered by adversity.”“

Jeffrey: “Michael Hurley is a living legend and I’m still blown away I get to watch him perform as often as I do in Portland. This might be the first song I ever heard of his. My buddy John Andrews (Woods, Quilt, Cut Worms, Hand Habits) turned me onto his work years ago and I’ve been more or less obsessed ever since.
Favorite lyrics:
“You are fire
The spirit fire
Your soul is burning good
Can you hear the cracklin’ heart
Of the old pinewood”“

Jeffrey: “‘Houses’, from Late 60’s song-writer Elyse Weinberg’s 1968 record Elyse has since been covered by Vetiver, Dinosaur Jr. and Courtney Barnett. The original version here has Neil Young on it. The quality of her voice and the raw production quality always drew me to this one.
Favorite lyrics:
“I could never lie down in your ditch
You would never want to in mine
Even if we were both well meant and
High born in another time”“

Jules: “This song opens the album You Become The Mountain, with Jeffrey’s voice softly inviting us to let go and merge with the mountainous landscapes of our imagination. Since we cannot go out, this song is perfect for a Sunday morning meditation session.“

Jules: “I really like the way this song is taking its time and leaves as much room for the multiple samples of nature sounds as for the Bangalore based composer’s sonic experiments.“

Jules: “Green Houseis the project of Los Angeles based artist Olive Ardizoni with the help of Michael Flanagan. This song is the third track from their first release “Six songs for Invisible Gardens”, an album made to help you push the walls of your living room and reconnect with your environment. Time to heal your pains and take care of your plants.“

Jules: “Taken from Mausolée Tape 5, a compilation of covers of Jean-Luc Le Ténia songs led by Gajeb and published on the french and francophone label La Souterraine, this song is my favorite of the moment. The emotions it gives me are mixed like my impressions of the world, between hope and nostalgia.“

That’s it for this morning! Thank you so much for joining us. Many thanks to Jeffrey Silverstein for sharing his Sunday selections and much respect to Thibault Daumain for this episode’s stunning illustration!