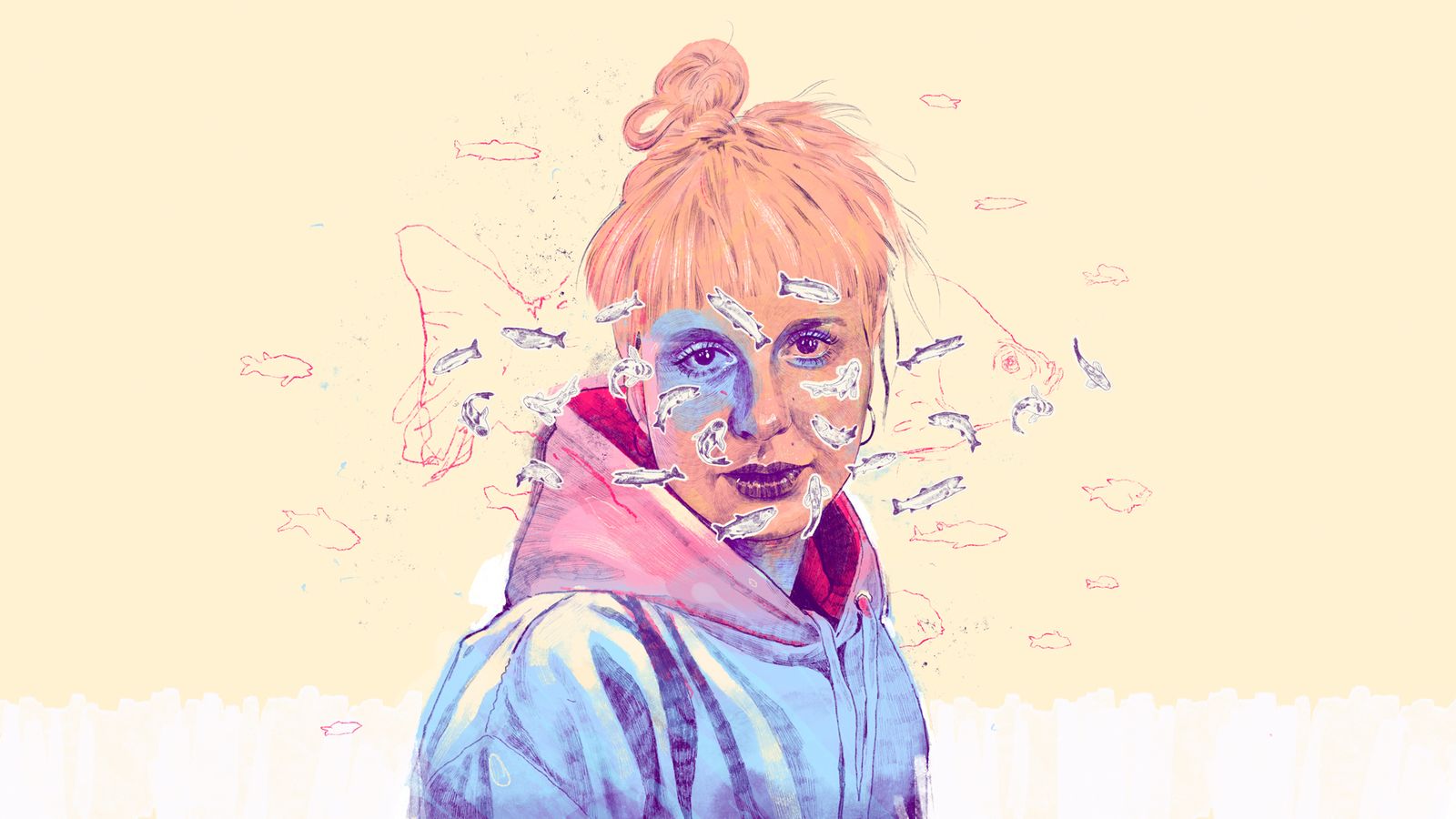 Native of the Gaspé Peninsula in Québec, Klô Pelgag is an uncompromising artist who tells stories with a feverish and sensitive urgency. Often described as baroque, her universe full of boldness and meticulously imaged lyrics, pushing the walls of our little apartments without any effort.

Klô Pelgag: “Recently, I have created a morning playlist of carefully selected songs. Songs that would, in my opinion, perfectly embrace this particular time of day: the morning. In this playlist, this song by Rufus always makes an immediate effect on me. It makes me want to get up with my coffee and sing the (little-known) lyrics. Rufus’ songs have that ‘musical comedy’ side, he always seems to be -on the edge of a big cliff with waves crashing on the rock, arms in the air- when he sings.“

Klô Pelgag: “There’s something about Elliott Smith’s music that makes it super joyful when you feel good and super sad when you feel bad. When I listen to this song in the morning, whether it’s sunny or grey, it calms me instantly. It’s an artist I discovered late in my teens and loved effortlessly. Instantly. I love his greasy hair and his melancholy, even though I wished he was happy. But he probably wouldn’t have made this music I like so much if he had. It’s weird, though, to appreciate someone’s sadness. We’re all so egocentric after all.“

Klô Pelgag: “Actually, since February, this song has been in my playlist. But also the original version (Elis Regina and Tom Jobim) as well as the English version (Art Garfunkel). So I’ve been listening to the same song three times in a row, but I haven’t got bored of them yet. Is this the point at which we see how strong our link with the artwork can be? I remember when I found out that the original version wasn’t by Georges Moustaki. I was a bit disappointed then I feld in love with each of the other versions, a few years apart.“

Marion: “When I first heard this song during the lockdown, I knew right away that it was a perfect timing. It combines innocence and melancholy at the same time, making it the perfect hymn to the present revival of freedom.“

Marion: “Aidan Knight will be back very soon with a new album and that’s a really good news. This first song full of memories promises the perfect smooth atmospheres.“

Marion: “A peaceful tribute to New Order, whose melodies never stop being perfect for every Sunday’s morning haze.“

The Districts – Velour and Velcro

Marion: “The rock band puts down their guitars for a sensitive acoustic adaptation of their song. The best way to appreciate the sense of melody and the elegance of Rob Grote’s voice.“

That’s it for this morning! Thank you so much for joining us. Much love to Klô Pelgag for her selection, and to Thibault Daumain for this episode’s brilliant illustration.