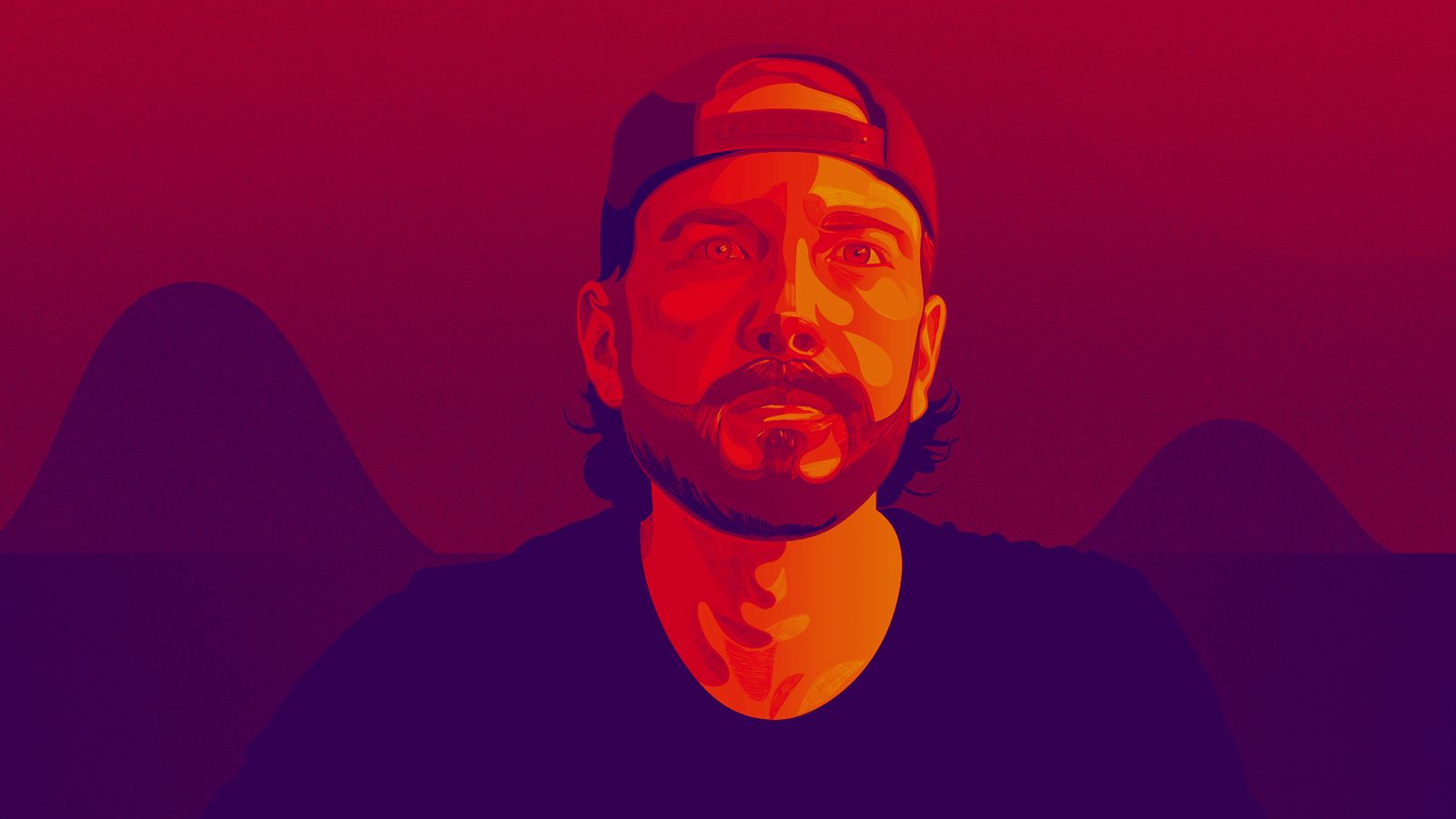 This morning, we are delighted to welcome Stranded, who joins us from Atlanta, Georgia with a vibrant and rousing retro selection to lift you out of bed this Sunday.

Stranded’s new album, Post Meridian, leans into electronic house just as much as it dips into post-punk and new-wave sound. With this careful leveling, Stranded creates a meld of music that is not clearly referential, releasing tracks that evolve with these influences rather than reproducing them.

Stranded: “I can’t quite explain, but I often find myself listening to a lot of French music in the mornings with artists like Jacques Dutronc, Francoise Hardy, Juniore, La Femme, Stereolab, and Serge Gainsbourg. So it only seems natural that my first introduction French music takes the spot, Air. I always love Air in their Burt Bacharach-esque moments. Thomas Mars’ subtle vocals are lovely but not precious considering the subject matter. It’s a perfectly composed song that exudes warmth whether it’s the melotron like strings or saxophone that comes in and out. The simple piano notes and drum beat lure you in. It’s timeless, and it fits right in when that first sip of coffee as the morning light comes through the window.“

Stranded: “If there is one thing John Cale gets it’s the sound of things. Whether that’s instruments or words he’s lyrical through and through. Even when he seems at a distance or esoteric there is a richness that always reigns me in. Many songs from this album, Vintage Violence, are grand and evocative. “Big White Cloud” is certainly one of them in the simplicity of his imagery surrounded by lushness. You feel like Cale is the captain of your ship, and he can guide you through the morning’s waves of sweeping strings and propelled by one of my favorite voices of all time.“

Stranded: “These two together, in order, are essential. “Radio Prague” is the perfect introduction to Dazzle Ships. It reminds me of the blue Czech train that goes from Berlin to Prague while imagining an early morning arrival into the city. Then seeing myself stepping off the train into the station with the frenetic morning buzz of “Genetic Engineering.” It’s a cynical song, but like all great OMD it can be both cold and catchy at the same time. Like their heroes Kraftwerk, OMD has always sent me away to places like Northern England or in this case Central Europe.“

Sarah: “This track comes off of Stranded’s new album, Post Meridian. In this track, Stranded describes pushing himself to create a “moody update for 80’s vibes” through layers of retro and modern texture. The effort is rewarded, Cherry Fortune presents an entire cinematic atmopshere with the track, the dreamy lyrics of which were influenced by Bergman films :)“

Sarah: “So much understated vibrance in this track from Brian Eno’s 1983 album, Apollo. The subtle confrontation of traditional western music and post-punk modernity flows easily, and the two modes play off of each other with such graceful contrast :)“

Sarah: “A personal favorite from Stranded, this song comes off of Saint Etienne’s 1993 album, So Tough, and offers some more levity to our morning’s playlist. Hope you enjoy the flute accents and the synth spread in the track’s end as much as we did.“

Sarah: “To cap off our morning playlist, we leave you with a final post-punk electro track grâce à Galatée. This is one of my favorite releases by the group, headed by producer Dmitry Gruber. The intricate retro synth spirals swirl and tangle around the bassline, creating a new realm of musical space for you to melt into.“

That’s all for this morning. As always, thank you so much for listening with us. Our love to Stranded for his vibrant retro Sunday selections and to Jason Pridham for this episode’s stellar illustration.