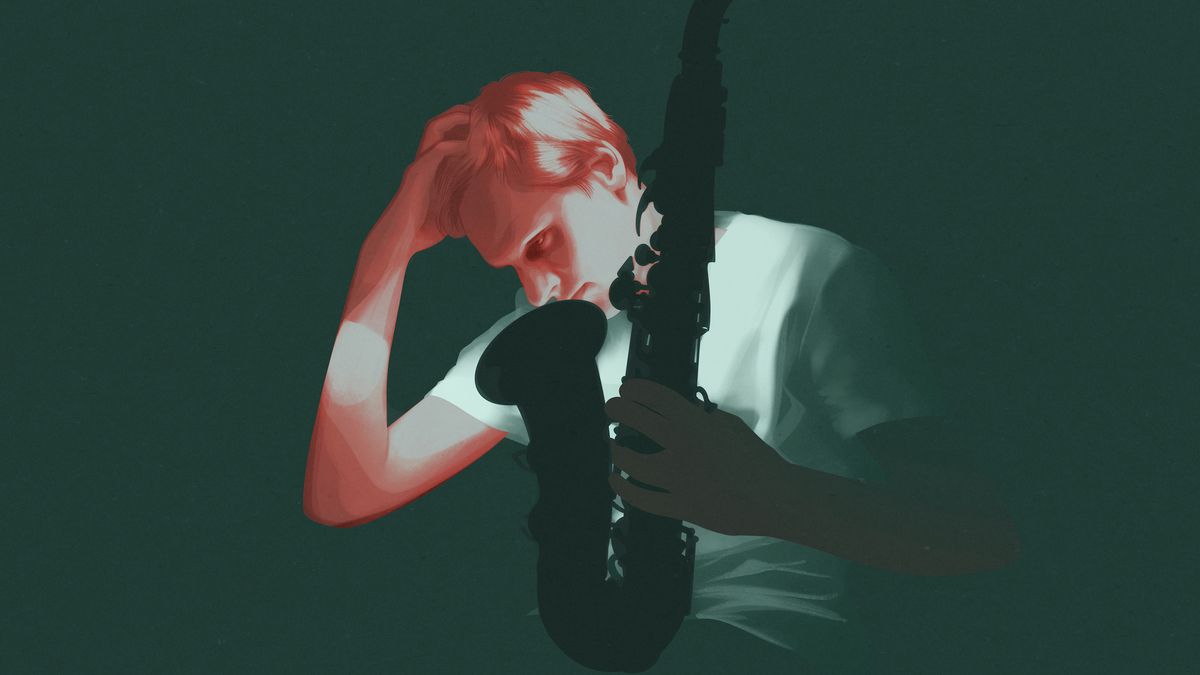 This morning, we are delighted to welcome Thijsenterprise to MailTape for a Sunday selection that explores non-traditional structures in music, each inspiring to Thijsenterprise in his life and projects.

Thijsenterprise is Dutch saxophonist, beatmaker, and composer Reinier Thijs, currently based in Barcelona. Immersed in the world of jazz and the likes of Benjamin Herman, John Coltrane, Xero Slingsby, and Pharoah Sanders, Reinier also is passionate about the discographies of The Lounge Lizards, Knxwledge, Nate Smith, and Robert Glasper.

It’s this range of influence that not only informs the content of Thijsenterprise’s music, but also his musical freedom. Pulling inspiration from bossa nova, electronic music, punk, jazz, and hip hop, Reinier does not find himself constrained to any one genre, leaning into tracks of non-conventional form in each of his albums’ arenas.

Thijsenterprise: “People say music has to reflect the current times. To a certain extent, I agree. But in many cases, that means songs represent that specific time only and therefore can sound outdated after a certain period. “Toc” by Tom Zé is the complete opposite: it just feels like it’s always representing the current time(s) and that makes it timeless. Or in other words: a classic. Besides this, I discover something new every time I play this song. The song leaves so much room for imagination. Each instrument seems to stand on its own, with its own sound and vibe. But the combination of it altogether gives the song a completely different feel. I could focus only on the horns and the notes, but instead I prefer to listen, close my eyes and let the music guide me to new places.“

Thijsenterprise: “Peter Evans can do it all. From playing a jazz standard to completely going nuts into free jazz-electro mode. Is that a word even? Man, he can do so much… I guess he can play Body and Soul and change tires of a car at the same time, all while he is circular breathing. This song has been on my mind since it came out in 2011. The first part is rough; not only for Sunday mornings. But when you reach the second part you might feel relieved. This repetitive melody asks you something, doesn’t it? What does it ask you? This tune has been challenging me in many aspects. In my playing, composing, and in my life. I hope it challenges you, too.“

Thijsenterprise: “Although my own music can’t be really considered “electronic,” I have a few names on my radar who inspire me immensely. Fellow Dutchie Jameszoo is one of them. His album Fool on Brainfeeder is big time. Talking ‘bout non-conventional song structures and composing! “Flake” is a perfect opener for the album. And a perfect opener for an early morning, too. I love how it starts: unorganized, with several elements, that come and go later during the song. Bird sounds, lasers, percussion, and after a while that extremely catchy synth melody. This is enviable good. It makes me want to go straight to the music lab to brew something new!“

Sarah: “This track comes off of Thijsenterprise’s latest album release, Lahringen. I found it difficult to choose just one of these tracks, as each release from this album is part of the fingerprint for Reinier’s improvisation, and each holds something unique within it. The energy and stability in this percussion and bassline open up the space for saxophone movements to breathe, each spreading out onto the track and turning into the glue giving the bass and percussion purpose. This kind of openness in the track also affords Reinier the opportunity to take risks in where he leads the track. The improvisations deliver these explorations, as they are entirely unpredictable, and Reinier glides from riff to riff so seamlessly.“

Sarah: “Love this refreshing rendition of Bill Withers’ Ain’t No Sunshine. Rahsaan Kirk’s flute and orchestra brings the track into a different world. It’s darker and more ominous than the original in the most enticing way :)“

Sarah: “So many layers in this one, it feels like a floating dream of synths and jazz piano :) Organ currents lead and layer over each other, before clashing just as easily in a delightful heap of sound. This whole interaction is textured and grounded against the balance of organic percussion. The whirling wonderland of synths and chimes makes me forget any notion of time, as I imagine it may for you, too. The jazz percussion breaks by the midpoint are just as surprising as the piano takeover that brings us to the track’s end.“

Sarah: “This one comes off of my favorite Gábor Szabó album, Dreams (1968). Such a phenomenal jazz-crossover; the album is a kaleidoscope of sound: Southeast Asian folk riffs melt together with Szabó’s traditional Hungarian influences, all tied into soft-swaying samba movements that rock against African drums and the ever-evolving jazz structures that underlay them. Szabó’s guitar effortlessly glides along the song’s development, this whole track moves like silk.“

That’s all for this morning, we hope you enjoyed it as much as we did! As always, thank you for spending your Sunday with us. A million thanks to Thijsenterprise for his fascinating selections and to our fantastic Camille Célestin for this episode’s illustration!