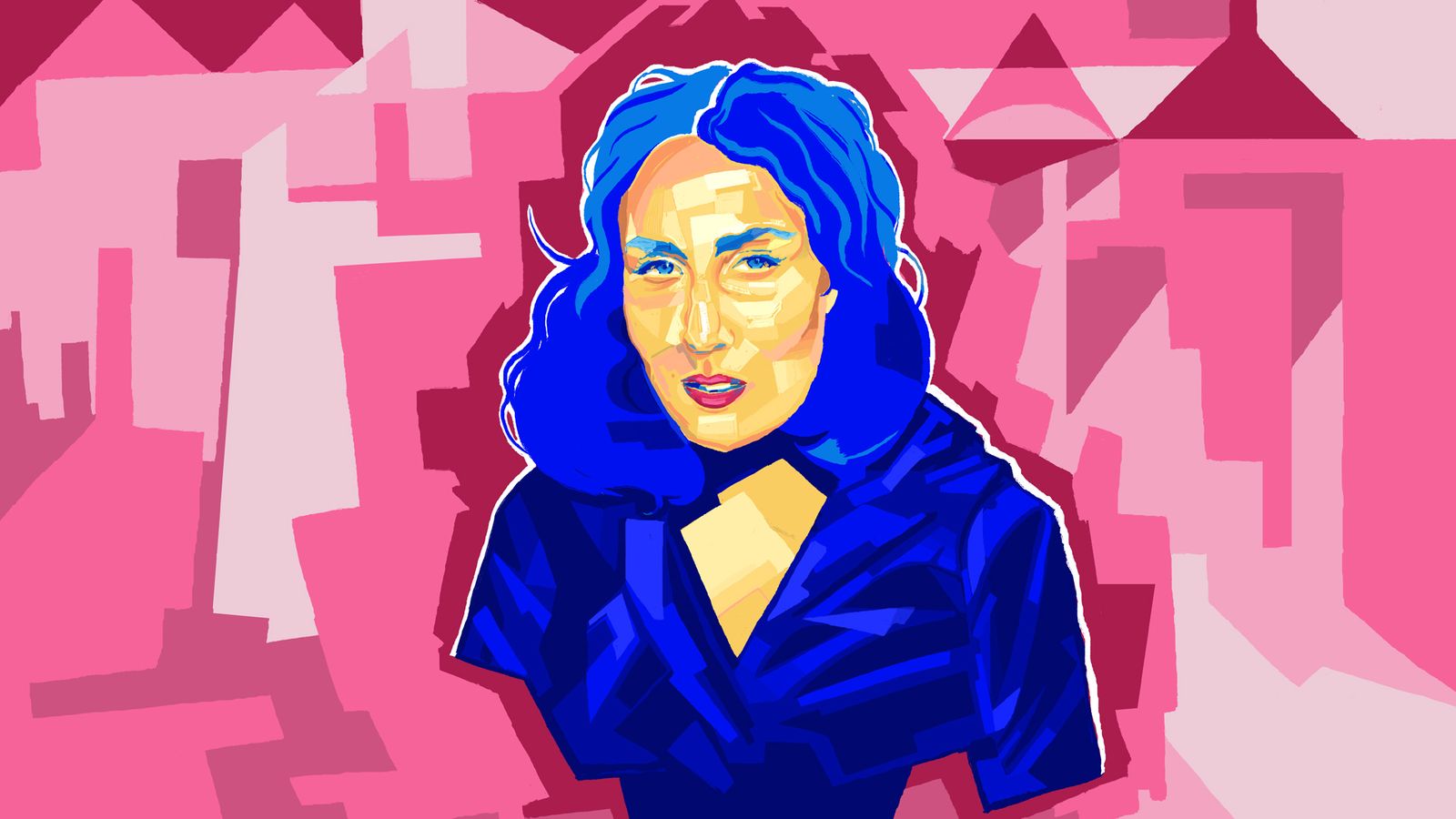 This morning, we leave in the sun with a one-way trip to the Eastern countries. The beauty of language, culture and scenery. . . In this episode, Sarah Maison will bring back some sunshine to our homes and apartments while waiting for better days.

With her incredible aura and pop with Arabic sounds, Sarah Maison looks like a muse or summer goddess. In her latest EP “Soleils”, released on March 19, she offers us a moment of fullness and warmth. A capsule of happiness in this world after plunged into a long infinite sleep.

Sarah Maison: “Lebanese singer Majida El Roumi, sings “nothing fills your place in my heart”. I love everything in this song, the arrangements, violins, percussions, MIDI synths, her magic voice. When I was a kid my mum listened a lot to Oum Kalthoum and Farid El Atrache. I think this is when I fell in love with the emotive violins, flutes, arabic rhythmics and the singing devotion to the loved one. In the car we had Cheb Mami’s K7 “Meli Meli” my passion for 90’s synth sounds comes from here.“

Sarah Maison: “Adaptation in french of “The Empty Place” composed by Burt Bacharach, I often sing it in the morning, it’s very pleasant to sing. I am a big fan of 60’s french pop. I like the intensity of Nana’s interpretation, she sings her life, she gives so much emotions.“

Anaïs G: “The first time I heard Sarah Maison was with her track “Western Arabisant” on the OUF compilation of the label La Souterraine. Hypnotic as can be! In March 2018, when her self-titled EP was released, she had me dancing to her track “Muzul” with her particular brand of radiance and bringing the sunshine. His latest EP “Soleils”, released on March 19th, is a breath of fresh air and the ray of sunshine we’ve been waiting for in our lives for a year.“

Anaïs G: “Dismissing, poetic and engaging, this music is incredibly beautiful. I discovered this song at the release of Léonie Pernet’s “Crave” album. A mix of sounds that can surprise and different atmospheres that confront each other. A perfect balance for this beautiful song.“

Anaïs G: “I discovered the group Altin Gün during their stay at the Transmusicales de Rennes in 2017. It mixes pop and folk sounds to the Turkish psyche which gives that groove to their music. Their latest EP “Yol”, released last February, promises surprises and musical nuggets like “Ordunun Dereleri” playing with synths in a mystical atmosphere.“

Anaïs G : “Cyril Cyril is a duo from Geneva, that I knew with their track “Sayyara” from their first album “Certaine Ruines”, released on Born Bad Records. Cyril Cyril, it’s different emotions with each song. Their music gives off a kind of trance almost immediate when you listen to it, you go from smiles to tears, from hope to worry… All this led by psychedelic sounds and a lot of percussions that make the borders explode. Their latest album “Yallah Mickey Mouse” brings all this together and more with mystical and indescribable aspects. You have to listen to it to believe it!“

That’s it for this morning. As always, thank you so much for joining us. Our love to Sarah Maison for their wonderful Sunday selections and to Jason Pridham for this episode’s inspiring illustration.