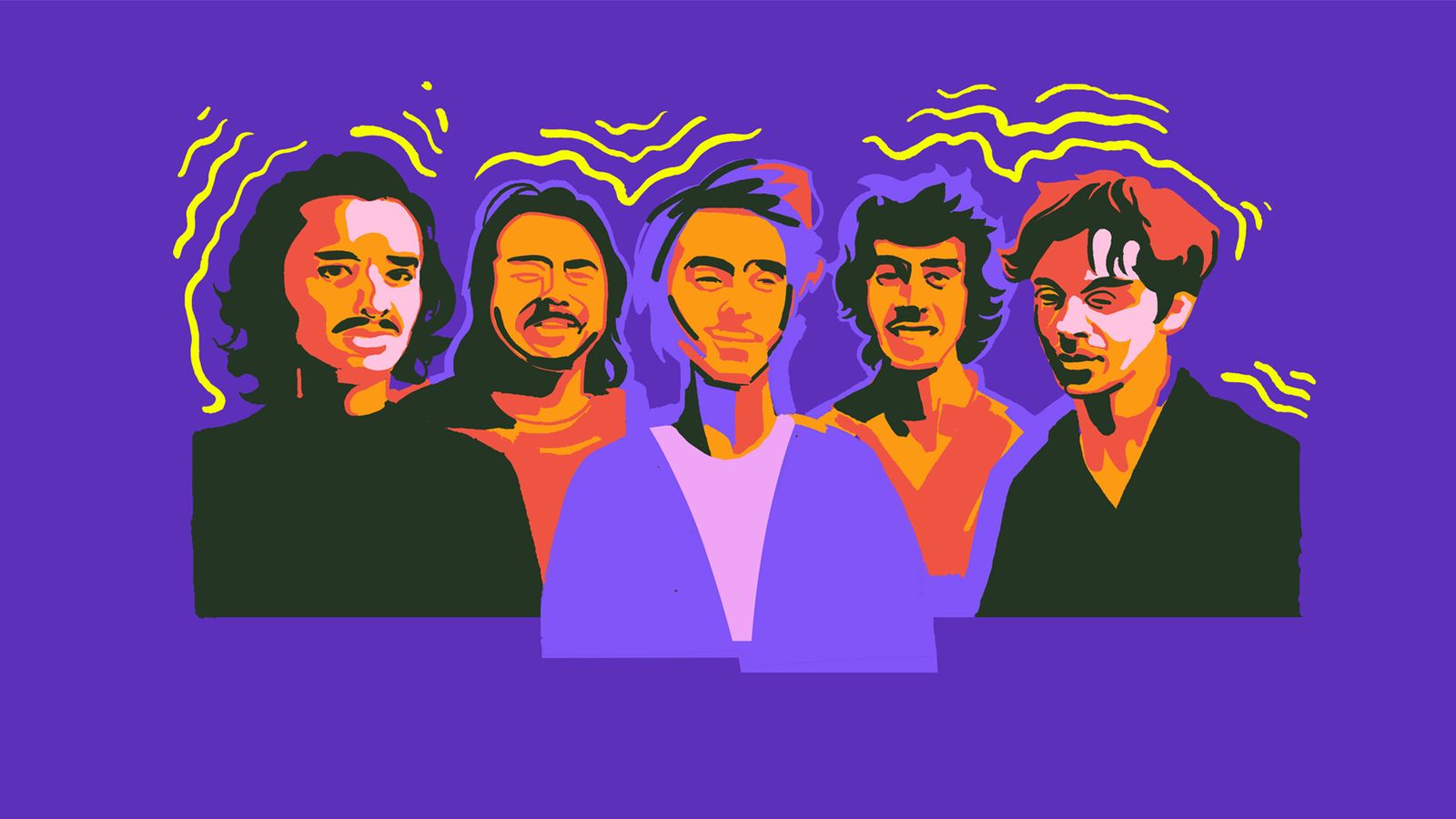 This morning something strange is floating in the air. The sky takes on psychedelic colors; the sun hits the windows like percussions. Can’t you see The Mauskovic Dance Band slowly emerging from the clouds to join us for a new MailTape episode?

It’s been a very long time. Perhaps it was the particular context or the need for a vacation. Anyway, sometimes you need to take a break, pull back just a little bit from everything, even the music. You can easily get lost in the constant search for novelty, the demand for something new, for surprise, as the music evolves quickly and swarms in all directions. As in all things, what is important is to find your own rhythm, the way you feel good. I am happy to welcome the Mauskovic Dance Band today, a group that directly amazed me when I first listened to their music. I had already contacted them without success, and I had slowly forgotten them until I fell back on their music recently, rediscovering their singular rhythms and reconnecting with them.

Dj Bert & Eagle - I Am Your Master

The Mauskovic Dance Band: “A very disturbing but relaxing song i like to listen too while being massaged in the morning.“

The Mauskovic Dance Band: “Our band mate Donald recently released his first solo record under the name Don Melody Club. Make a cup of coffee and let Donald’s voice and Maestro Rhythm box sooth you on this Sunday morning with the track “Bovendien”“

The Mauskovic Dance Band: “Opener of the brilliant compilation ‘Ote Maloya’ with music from the island of Réunion. Our drummer Chris just recently discovered this compilation and has been obsessively listening to these hypnotising grooves ever since.“

Jules: “If the name of this group sounds strange to you, the resume of its leader shouldn’t be unfamiliar. After having been a drummer for Jacco Gardner and Altin Gün, notably, multi-instrumentalist Nicola Mauskovic surrounded himself with friends and family members to form this group with its indescribable sound, a mixture of afrobeat under acid and cosmic cumbia. What you need to wake up full of energy!“

Jules: “Ensemble Entendu is a collaborative project of Brooklyn-based producers Photay and Sam O.B, an aside in their solo career which allows them to explore new rhythms, halfway between their respective universes. I only recently discovered the 3 EPs they released on the Astro Nautico label and have since developed a nostalgic obsession for this track that has accompanied my summer.“

Jules: “I discovered this song on a compilation released by Munich-based label Public Possession, also a label whose music has accompanied me a lot this summer, from party nights to the seaside.“

Jules: “A musical discovery that I’m still struggling to recover from! This gem of a song, originally from Nigeria, is currently being repressed by Marseille-based label Secousse, 38 years after its original release. It’s hard to believe that we have missed this afro disco masterpiece for so long.“

That’s it for this morning! As always, thank you so much for joining us. Much love to The Mauskovic Dance Band for their crazy Sunday selections, and many thanks to Jason Pridham for this episode’s stunning illustration!