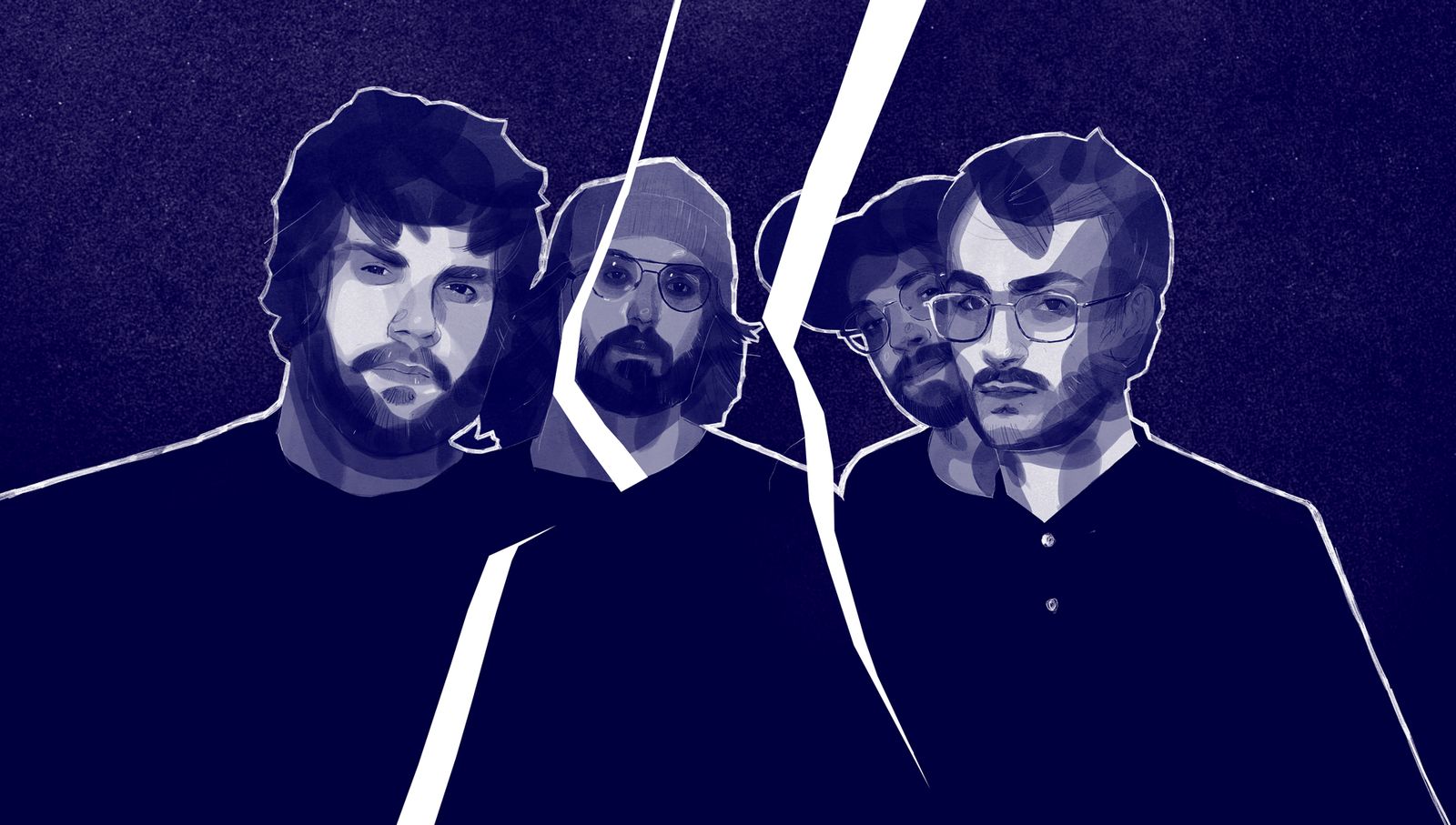 This morning, we get into the dark and disturbing atmosphere with Halloween. It is with the group Bleu Nuit that we will explore the depths of horror, with their Sunday morning selection.

Formed in 2017, this Montreal band offers us through their rock and cold wave music, some mesmerizing things a bit like New Order. Here is a small preview of their new album, “Métal”, which will be released on November 5th.

Bleu Nuit: “I instantly fell in love with this song that is bursting with energy. This 7 inch that I won during an eBay online auction mixes French and English under a synth-punk soundtrack straight out of 1980. Simply genius.“

Bleu Nuit: “I walk into a record store and hear this piece which plunges me into a world that is both James Bondesque and languid. Of an icy beauty, the entirety of this album is sublime. It’s like walking on clouds while tasting marshmallows for the first time. Get it?“

Bleu Nuit: “I was obsessed with this EP released in 1979 for several days. I chose the song “Midnite Stroll” for its cinematic and avant-garde approach. Let yourself be enveloped by strange saxophones and the humid atmosphere of this little-known title. Perfect timing for Halloween.“

Anaïs G: “Melancholic at heart and a fan of the 80s, you’ll be served. We find a post-punk sound mixed with cold wave that goes well. With “Mensonges” and “Clef d’or”, we find this disturbing atmosphere and with “Météore” we see the light at the end of the road. See you on November 5th, for the release of their album “Métal”.“

Anaïs G: “Discovered with their EP “Long Life”, and their title “Satellite” in September 2018, this young band amazes us by their character, and their melancholy sometimes making us think of Joy Division. Just as percussive, and rock here’s “Robbery” released in September 2020.“

Bauhaus - In the Flat Field

Anaïs G: “Since we remain in the dark, Bauhaus, a British gothic rock band in the 80s, puts us in a disturbing atmosphere like in some thrillers or horror films. I discovered this band through the American Horror Story – Hotelseries. I was mesmerized by the title “Bela Lugosi’s Dead”, of such power and length that we are caught in their net. “In the Flat Field” is one of their bright and melancholic titles at the same time, not to mention that touch of creepy.“

Anaïs G: “To finish this special selection “Creepy”, a song by the band The Soft Moon, released in 2010, “Circles””, which leaves us under our blanket petrified of terror with this continuous loop that doesn’t stop.“

That’s all for this morning! As always, thank you so much for listening with us. So much love to Bleu Nuit for the delightful Sunday selections and to Thibault Daumain for this episode’s brilliant illustration.