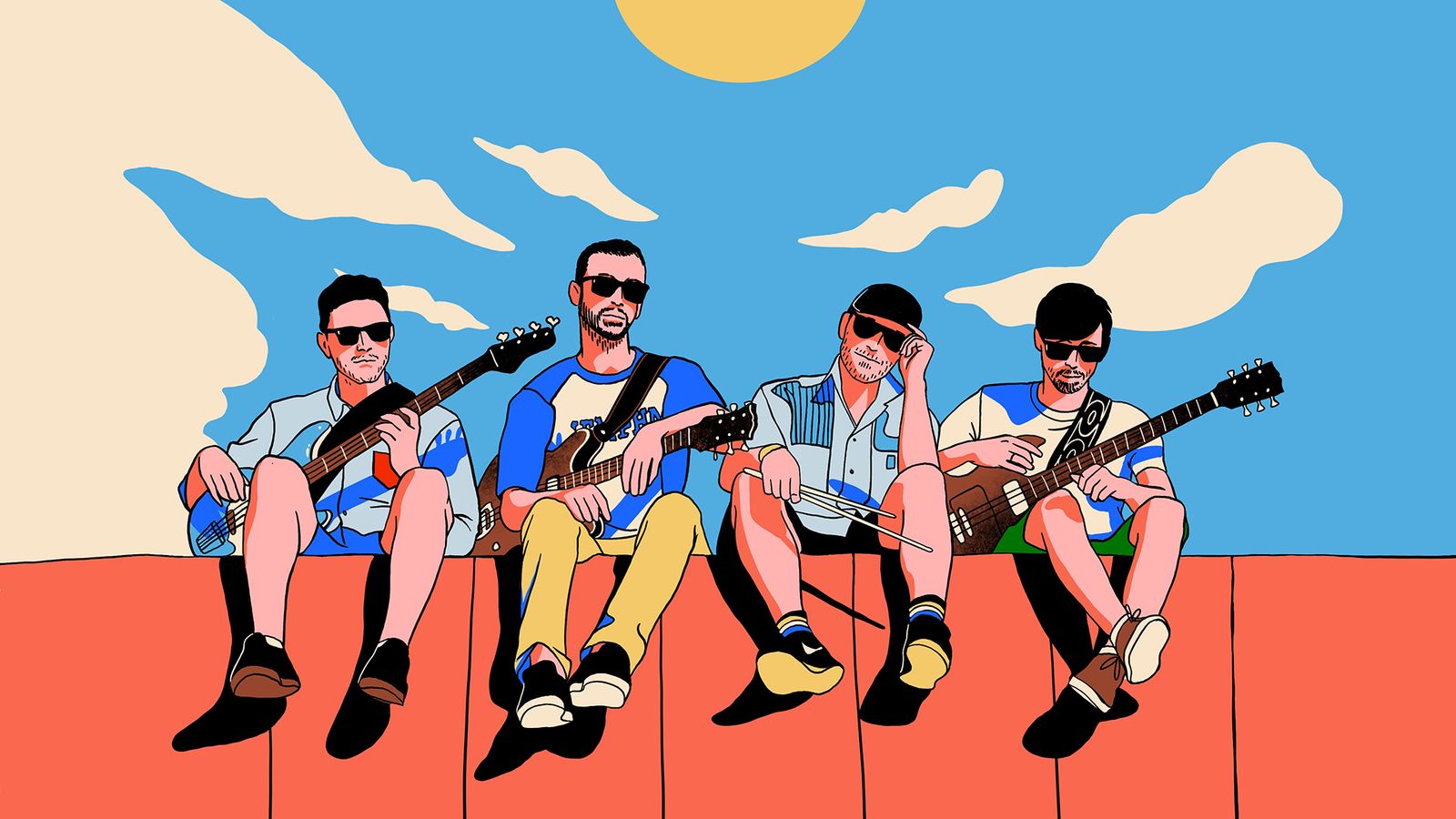 This morning, we are delighted to welcome The Soul Surfers to MailTape for a collection of experimental and exploratory tracks. Led by drummer Igor Zhukovsky, the modern funk band hails from Niznhny Novgorod, Russia. The Soul Surfers craft many exciting albums and collaborations, including with Janko Nilovic for the 2021 album, Maze of Sounds. Their selection mirrors much of their own discography, exploring the interesting spaces of synth and funk fusions.

The Soul Surfers: “One of my favorite french composers, with his own universe and such an explorer of new sounds (one of the first to use synthesizer in soundtracks in France). He died too young, but made some crazy album mostly for movies and documentary.“

The Soul Surfers: “Taken from the legendary album Mindbender, this is one of the finest library music record ever made and one of the hardest to find in original pressing!“

The Soul Surfers: “I had the chance to work with JJ Whitefield (Whitefield Brothers, Poets of Rhythm, Karl Hector). He’s an amazing musician and crate digger, back in the 1990’s he was one of the pionneers in the revival of funk.“

Sarah: “This unreleased track from the Maze of Sound album struck me as particularly interesting, especially in contrast to the album’s released version. The organ and bass lines are so perfectly intertwined, moving at once together and side by side.“

The Soul Surfers, Shawn Lee - Time is a Gun

Sarah: “Great collaboration with Shawn Lee, released in 2015. Love the vocals on this :) Just as in the last track, the organ section carries this song to new heights. The 1970’s influence in this is unmistakeable. Listen for the percussive break toward the end, one that takes us right into guitar improvisation, swaying carefully between instrumental sections.“

The Natural Yogurt Band - 57 Lashes of the Mallet

Sarah: “One of two songs on the September 2021 release, 57 Lashes of the Mallet. Was pleasantly surprised with the flute overtakings, complemented so well by treading basslines. The cello toward the end was such a pleasant addition. Headed by bassist Wayne Fullwood and multi-instrumentalist Miles Newbold, the group takes great influence from the library music movement, though adding their own touches of classical and electronic accents.“

Sarah: “Africa Express is renown for making diverse collaborations like this possible. This track arrives off of the 2019 album, Egoli. Amazing vocal harmonies, so well crafted against the percussive section and guitar comps. A beautiful track to end our Sunday selection :)“

That’s all for this morning! As always, thank you so much for joining us. Great thanks to The Soul Surfers for this exploratory Sunday selection, and much love to Julie Wo for this episode’s vibrant illustration !