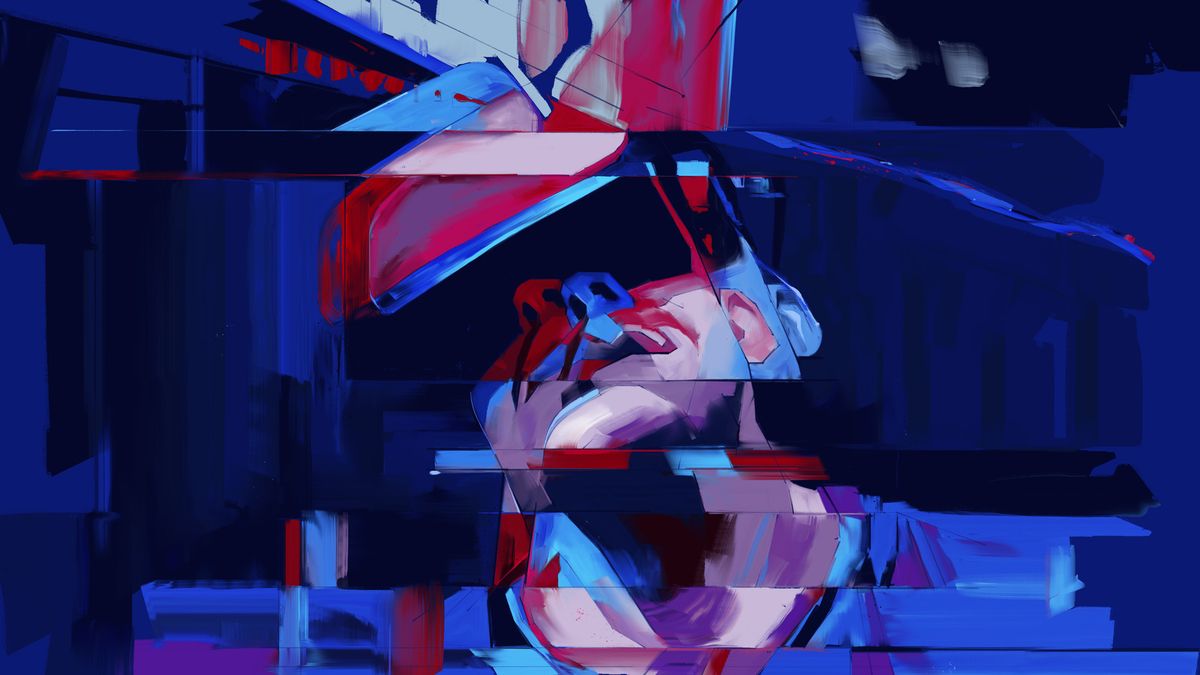 This morning, we welcome Finland-based Ursula’s Cartridges to MailTape for an electro vaporwave selection. Combining 80’s and 90’s rave and electronic aesthetics, Ursula’s Cartridges pieces samplework into releases both novel and nostalgic. In his production process, Ursula’s Cartridges strives to avoid the consumerism to which so much of music has fallen victim, cultivating pieces he finds to be genuine expressions, approaching works of “art” rather than “product.”

Ursula’s Cartridges joins us after releasing Braindance, an album created to honor his brother’s memory. The producer credits his brother with introducing him to electronic music in the early 90’s through dance music from vinyl, MTV, and compact cassettes. This exposure inspired Ursula’s Cartridges to make music in his early teenage years.

For the upcoming vinyl of Braindance, Ursula’s Cartridges plans to include his brother’s graffiti art for the album cover, a way of further honoring his brother’s impact on his passion for music.

Ursula’s Cartridges: “This guy released the best album of the 2010’s and it’s all about sampling b-movies and old television commercials! Retrofuturistic audiovisual onslaught that sticks to your ear like ketchup on a white t-shirt.“

Ursula’s Cartridges: “Thanks to my brother I got to listen to lots of early 90s dance and rave music when it was still a new thing. To this day I still cherish those days fondly. I find modern (dance) music extremely poor when comparing it to the 90s. Music used to have memorable melodies and hooks that still sound fresh. Now it’s replaced by bass and noise that nobody can’t stand listening to while sober.“

Ursula’s Cartridges: “The music of Donkey Kong Country 3 is one of my all-time favourite video game music soundtracks. It manages to add ambiance with a massive amount of unique sounding echoing bass structure in the background, making it sound grand, mysterious and even playful. Unlike in other “DKC” games, the music was mostly composed by Eveline Fischer with a minor help by David Wise. Fischer does a surprisingly fine job and manages to compose music that can compete with Wise’s work, although she relies on ambient elements whereas Wise’s music is more melodical. Overall, the music of “DKC3” was an instant favourite to my eight year old mind. Before that i never knew about the genre of “ambient music” but i’ve always enjoyed the music style. I remember listening to the overworld theme (“Northern Kremisphere”) and the world map theme (“Submap Shuffle”) nonstop without playing the game at all. Just sitting and enjoying the game world and thinking about all the millions of possible hidden places it included. The repetitive synthesizer melodies, low pitch drums samples and low bass ambient patterns are an irresistible immersion to the game and this “three element symbiosis” repeats in several other levels as well.“

Sarah : “Love the trippy synth pickups with these watery basslines. The track is bounding with energy, brushing on rave aesthetics and 90’s club nostalgia. As Ursula’s Cartridges explains, this track was recovered from a 2005 sample created on his first computer via Techno eJay. Ursula’s Cartridges describes this process as particularly challenging given the drastic differences in 2005 and modern electronic programming, often making older digital synths or samples incompatible for transition. The efforts spent recovering and incorporating these older samples into Braindance served as a way to pay tribute to his older production days.“

Sarah: “Coming off of Enraile’s 2022 album Screentime (released just 2 days ago!). Love the playfulness of this track’s synthwork. Building chord progressions from glitch samples, Enraile creates an electro world of synth spirals, taking us deeper into the vaporwave horizon with each measure.“

Sarah: “The playlist would not be complete without some 80’s synthwave :) Off of Brittany-based Irène de Milo’s 2021 album, Trestel Rêve.“

Sarah: “From Windows 96 album Empty Hiding World, released last month. As with Magic Peaks and Purple Twilight, the releases of Windows 96 are rich with synth exploration and experimental movements. Love the game tones here, followed by the 3D synth spaces created toward the end :)“

That wraps up this morning! Many thanks to Ursula’s Cartridges for this electro selection. Thank you to Thibault Daumain for this episode’s striking illustration :)