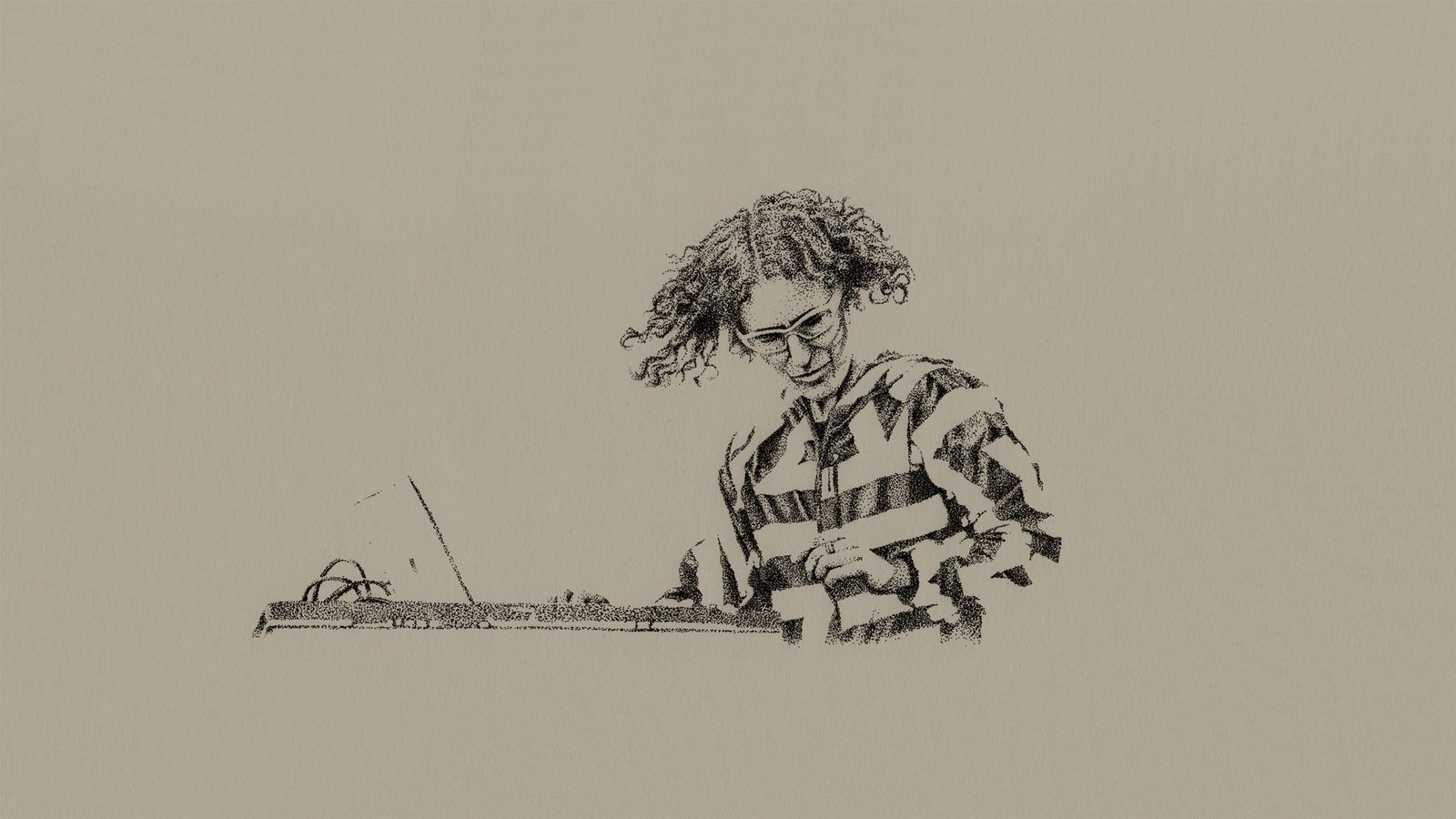 This morning we are delighted to welcome multi-instrumentalist composer and historian of electronic music and sound, Dr. Tara Rodgers (Analog Tara).

Once a website and now a book, her project Pink Noise has catalogued the work and presence of women in electronic music. In her own music, from analogue techno to generative sound installations made with SuperCollider, Tara has performed around the U.S. and internationally.

Analog Tara: “At my place on weekends, there is usually jazz on the turntable from Pablo Records, music I grew up with and stay close to. “Autumn Leaves” is a track from Sarah Vaughan’s 1982 album, “Crazy and Mixed Up,” with Joe Pass on guitar and Roland Hanna on piano. It’s a stunning vocal performance, virtuosic and inventive. I also admire that Vaughan delivered this performance 40 years into her career on an album for which she was also the producer.“

Analog Tara: “I’m always following the pathways of jazz in and out of house music and techno, and of course many roads lead through Detroit. I’ve long been a fan of Moodymann’s music, for his ear for layering instrumental performances and loops. He’ll also fold in atmospheric sounds, like a reminder that this music lives and breathes in social contexts—a refreshing contrast to some more sterile treatments of sounds in a lot of house and techno. And because your mailing list is meant for Sunday morning… here is “Sunday morning” from a 1998 12” on Planet E.“

Analog Tara: “Jeff Mills is masterful with the TR-909 and it’s exciting to hear him stretch those chops in another direction for this new electronic jazz collaboration. Really enjoying the keyboard and synth work from Gerald Mitchell and Yumiko Ohno as well. Hoping they come through here on tour!“

Sanjay: “The nine tracks that make up Dawn of Midi’s album, Dysnomia, are really one long suite. It’s contemplative, spacious, gentle and quiet—while carrying a propulsive rhythm. With Aakaash Israni on contrabass, Qasim Naqvi on drums and Amino Belyamani on piano, Dawn of Midi bridge the gap between anthropomorph and computer by refusing to dichotomise the two.“

Sanjay: “I’ve been hoping to see Jlin perform live for a while. This one is taken from ‘Autobiography’: Jlin’s soundtrack to the staged life story of dancer and choreographer Wayne McGregor, which opened in October 2017 and ran at Sadler’s Wells in London until summer 2018. Probably closest in percussive palette to Jlin’s debut album, Black Origami, this track is all galloping drums, echoing claps and gliding shakers.“

Sanjay: “A brilliant collaboration between two of my favourite contemporary producers, King Britt and Moor Mother. In Camae’s own words, ‘Time Floats speaks about the environmental warfare that continues to plague historical African American and low income communities’.“

That’s it for this morning. As always thanks so much for listening to this episode. Much love and respect to Analog Tara for her Sunday selections today, and to Anthony Dujardin for this episode’s cool illustration.